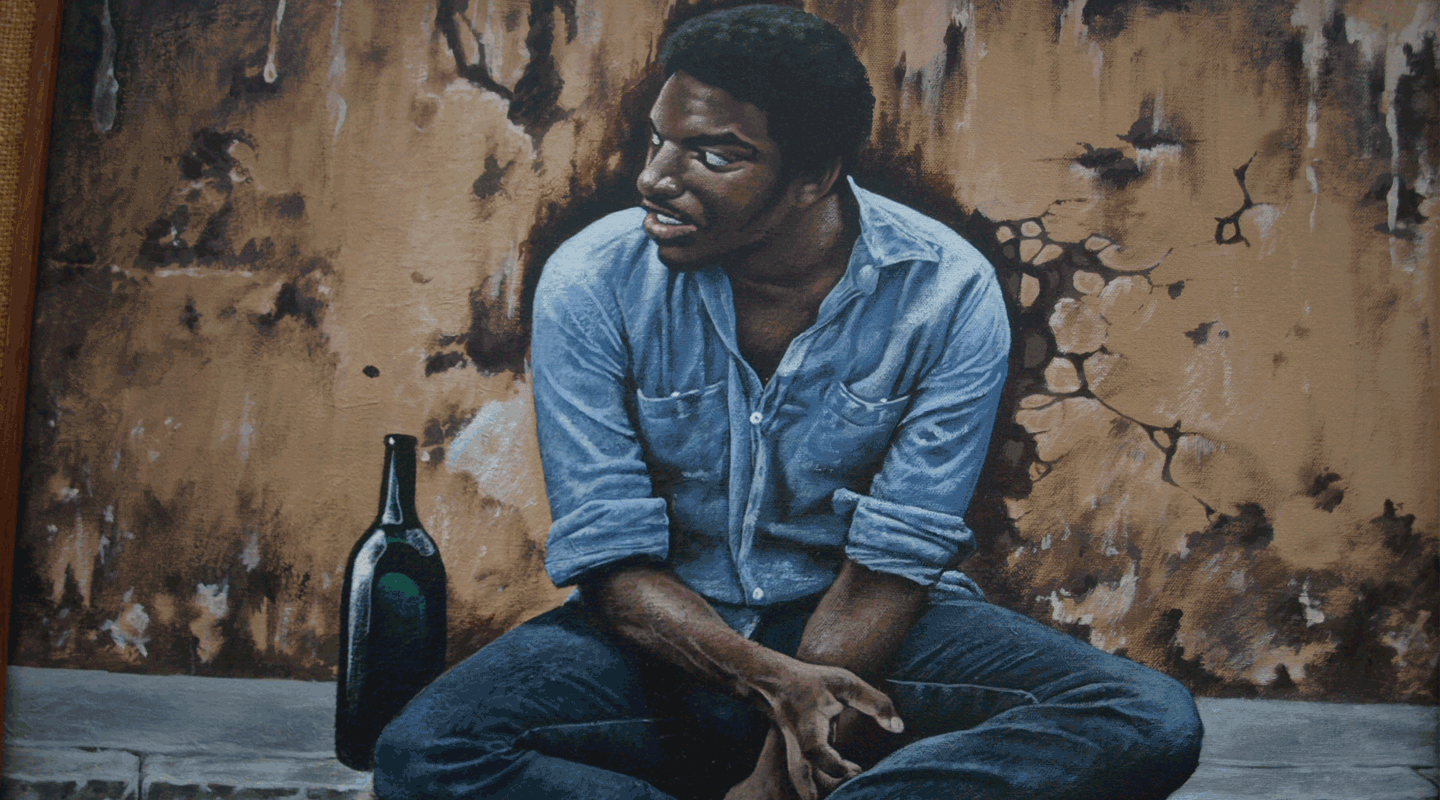 Leslie Floyd is a local Somerville artist who was born into a very talented family. Leslie is one of seven children born to William and Doris Floyd. The creative arts were always nurtured in the Floyd Family. Leslie’s artistic talents were first motivated by his older sister, Karen, who encouraged Les to try painting as a hobby.

As the years went on, Leslie’s abilities began to flourish. His artistic skills were noticed and encouraged by his teachers. In his early years at Somerville Junior High, Joseph Garcia, an art teacher, became Leslie’s mentor. Soon Les was encouraged to enter local and national art competitions. He was the recipient of the National Scholastic Art Awards over a six year period from Junior High School to High School. In his senior year, he received a blue ribbon which allowed him to represent the state of New Jersey in the national competition. Leslie was ranked as one of the top twenty young artists in the nation.

Les won a blue ribbon in the New Jersey Teen Arts Festival in Trenton. During high school Leslie studied under the artist, Maurice Fern of Mendham, NJ. After high school he studied Fine Arts at Montclair State College. He also studied art at the DuCret School of Art in Plainfield, NJ.

In the early seventies, Leslie began to make his mark as an exciting new artist. Soon his works were found throughout the state. Leslie has presented his work in art shows at Yale University, Rochester, Philadelphia, Trenton, Plainfield, New York City and other locations. For several years, Leslie’s portrait of Dr. Martin Luther King, Jr. was displayed at the Somerset County Courthouse.

Leslie uses all mediums of art, but he prefers water color, pen and ink, and acrylic. He describes his style as traditional realism with a slight impressionistic influence.

Along with being a dedicated artist, Les is also proud of his work as a tutor to many young artists. These young people have gone on to complete college and pursue careers in various art-related fields. Today, Les Floyd works in his home studio in Somerville, NJ where he illustrates those images that touch his heart and spirit. He continues to give art shows, do commissioned art work, and give private lessons.

To get the latest update of me and my works